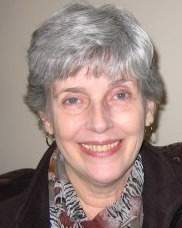 Jane Arminta (Keefe) Prytherch, 79, of Glenshaw, PA, and Mesa, AZ, wife of Hugh A. Prytherch, passed away on September 8, 2022 at Allegheny General Hospital in Pittsburgh.

Jane, a native of Cumberland, MD, was the daughter of Joseph W. Keefe, Jr. and Eleanor C. (Perdew) Keefe. She graduated from Allegany High School in 1961 and Frostburg State College in 1965. She was predeceased by her parents and brothers, Thomas P. and Joseph W. Keefe, III.

Jane was a caring nurturer by nature. She was friendly, reliable, kind, helpful, gentle, and loving. These traits served her well both at home and in her chosen profession. Jane was well-known as a “Library Lady” from the Shaler North Hills Library’s Children’s Department in the 1980s until her retirement in the early 2000s. She was an active member of North Hills Community Baptist Church, serving as a Deacon for several years. Her favorite role, by far, was that of grandmother.

Left to mourn her loss are her husband of 57 years; three daughters and sons-in-law; seven grandchildren; a sister and brother-in-law; two sisters-in-law; five nieces with their families; many cousins, several close long-time friends; a large social circle; and a granddaughter- and great grandson-by-choice.

As per Jane’s wishes, there will be no funeral. The interment will be private.

To order memorial trees or send flowers to the family in memory of Jane Arminta (Keefe) Prytherch, please visit our flower store.