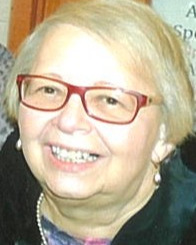 Margaret Sue (Postava) Ginther, It is with deep sorrow that we announce the passing of Margaret Sue Ginther.  She was the first born of Frank Andrew and Margaret Victoria (Scalise) Postava,Sr. of Sharpburg.  She was preceded in death by her parents, and siblings Frank A. Jr. (Audrey, also deceased), and Mary Louise Postava, and Baby Girl Postava.  She is survived by sister Suzanne Gilch (Raymond),  and Marianne Reed (Alan), along with nephew Frank A. Postava, III (Lisa), nieces Amy Jo Gdovichin (George), and Kristen Postava, and great nephew/nieces Frank IV, Eleanor and Abigail Postava and Anna and George Gdovichin the loves of her life. Margaret Sue had a joyful and wonderful life. After graduating from St. Mary’s High School she attended Allegheny Community College and became a certified medical secretary and worked at South Side Hospital Pathology Lab for nearly 45 years.  She also enjoyed taking to the road and learned how to drive a big rig: she became a licensed professional truck driver, passing the test with flying colors.  Margaret Sue was a girl scout, senior scout, and then became a scout leader.  She taught religious education at her parish of St. Joseph’s O’Hara for many years.  Margaret was an avid reader known for her huge heart and kind and gentle spirit always giving of her time, talents, and treasure even at great sacrifice to herself.  We all love you so very very much rest in peace dear sister, aunt and friend. Friends will be received Friday from 12 to 8 PM at the Bock Funeral Home, Ltd. 1500 Mount Royal Blvd. Glenshaw. A Funeral Mass will be celebrated at Christ the King Parish, St. Joseph Church 342 Dorseyville Road O’Hara Twp. on Saturday at 10 AM. Donations may be sent to the KDKA Turkey Fund, Brothers-Brother Foundation, or purchase a book in Margaret’s memory at a Library near you.

To order memorial trees or send flowers to the family in memory of Margaret Sue (Postava) Ginther, please visit our flower store.