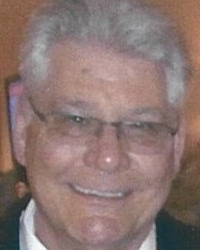 Raymond Marshall Gilch, passed away at the age of 71 on Friday, December 16, 2022 due to complications from surgery. Preceded in death by his parents Raymond and Ruth and siblings baby Renee and Robert; survived by siblings Renee and Richard (Suzie); Raymond was father of Jason (Cinnamon), Tony, and grandfather of Alley Kate Gilch. Ray graduated from Hampton High and was immediately drafted into the Vietnam War. He served eight years in the Navy on the Carrier Enterprise working as a hydraulic mechanic and during that time had the honor of designing and painting two of the aircraft that flew off the carrier. Ray was an extremely gifted artist and enjoyed the pen and ink medium. He was a gentle, but great problem solver. Raymond married Suzanne Postava in 1992. They were soulmates from the start. He also said he married the whole Postava Family, including his deceased father-in-law Frank Sr., Brother-in-law Frank Jr., sister-in- laws Margaret Sue and Mary Louise and one surviving sister-in-law Marianne (Al). Everyone that knew Ray would say he was an all around good man who genuinely cared for others, not so much with words, but actions. He will surely be missed but loved for all eternity. Rest In Peace. Friends will be received on Tuesday from 12 noon to 8 PM at the Bock Funeral Home, Ltd., 1500 Mt. Royal Blvd., Glenshaw. A Funeral Mass will be celebrated on Wednesday at 10 AM in Christ the King Parish, St. Joseph Church, O’Hara Twp. In lieu of flowers, donations may be sent to the Wounded Warriors Project.

To order memorial trees or send flowers to the family in memory of Raymond Marshall Gilch, please visit our flower store.